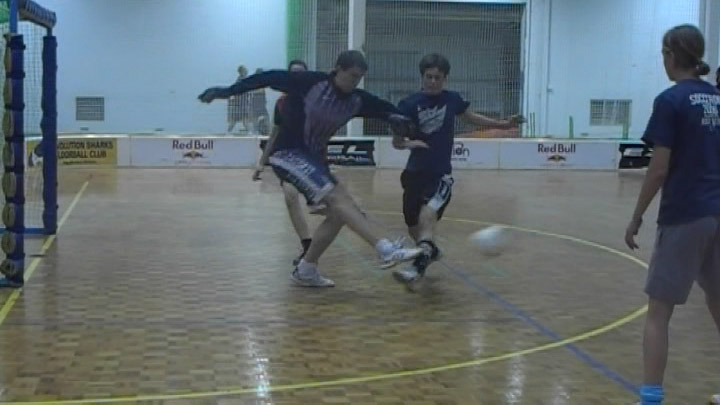 BXVI fought through all sorts of adversity to win the semifinal against Floreat Frogs and secure their place in the Grand Final.

While it was not the fault of the players who were sick or injured (one of whom *cough* Dave Haydon *cough* took flu tablets before the game), it would have been good for the other players to know that they were sick/injured and so compensated for it. Put it this way, if we had known Dave was essentially a zombie and Melis was playing on one leg, the rest of us would have played more defensively. Marguerite also, in the middle of exams, was off with the fairies. I’ll say no more on the subject, hopefully they have learned their lesson.

BXVI played terribly all night, with passes to players on the run going straight to the other side instead of to the intended target, players trying to take on 3 defenders instead of passing to the team mate who was free on goals, shots going wide, defenders not trying to stop the shot, you name it, it happened. BXVI will have to greatly lift their game next week if they hope to lift the trophy.

BXVI’s first goal came from a superb play early on by Chico and Monty. Chico dribbled down the right hand side, drew the defence and passed to Monty, one on one with the keeper, who put it away in style. Minutes later, BXVI’s defence was caught napping, forcing Mike (goalkeeper) to come well out of the goals to cut off a Floreat through ball. Unfortunately, a Frogs player got to the ball first and managed to squeeze it past Mike for their first goal. Half time score was 1-1.

Early in the second half, Chico’s powerful shot from the left hand corner found the back of the net, but again Floreat equalized after the BXVI defence failed to put pressure on the Frogs. Half way through the second half, Dave’s “kick and hope” blast from a corner saw Melis score from a goal mouth scramble after the ball ricocheted off the cross bar, against the Floreat keeper and across the line. But yet again, the Frogs drew level after Dave tried to take on 3 Floreat players in his defensive half, leading to a 3 on 1 against Monty in goals.

The final score was 3-3, but instead of going to extra time as is the practice around the world, the referees took the game straight to a penalty shootout and only the players on the field at the end of the game could participate.

Monty in goals faced his first penalty shootout and was absolutely superb. The shootout was standard format (5 penalties, teams take turns, most scored at the end of 5 wins) went as follows:

So Monty’s 2 saves and his scored shot brought home the game for BXVI. Thanks Monty 🙂

6 thoughts on “BXVI Through To The Grand Final”