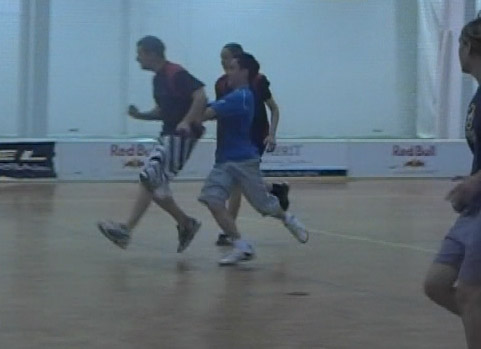 The grand final is only 2 days away and the excitement is building.

We are playing on 1 July 2009 at 7:10 against Smurfs. Check out Revolution Sports Centre if you aren’t sure how to get there. The expected team is:

So basically… Yep, we’ll have our full team, which is awesome because Smurfs have an incredible team. See here for what happened last time we played them.

The playlist to pump up for the grand final is:

So there you have it. Hopefully my next post is to say we won the grand final. If it’s late, you can safely say we lost, because I’ll be sharing it as soon as I calm down enough to write if we do win 🙂

2 thoughts on “Preparing for the Grand Final”