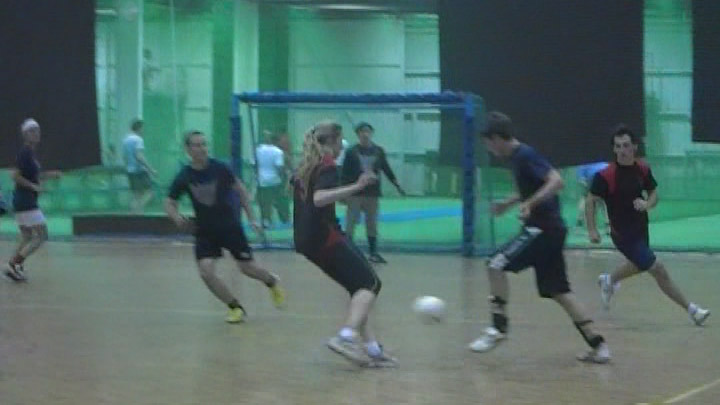 Here are the highlights from BXVI’s grand final win against Golden Touch on 27 October 2010. As you’ll see, it was a hard fought win with lots of chances for both sides.

It was decided for BXVI with a wonder goal by Dave Haydon.

BXVI finished 3-1. Mike Haydon won the medal for Player of the Grand Final. Melissa Haydon took home the trophy for the season’s Best and Fairest.

The last three grand finals at Revolution Sports Centre have been played between BXVI and Golden Touch with Golden Touch winning one and BXVI winning two. It is a rivalry between two worthy adversaries matched in every area.

We look forward to many more to come.